Travis Grant joined NSP in December 2012. In 2013 riding boards developed with NSP Shaper Dale Chapman, Travis has returned to form to win at the global level. As a world champion Travis is truly one of the fastest paddlers in the world and has extremely exacting specifications on what he needs to take him to the podium.

These Limited Edition board are the exact same boards that Travis uses himself to compete with the world’s best paddlers. They are elite versions of the Surf and Ocean Race series designed by Dale Chapman and are designed for the elite paddler with a hunger for speed at all costs.

Travis and Dale designed this board based on the Ocean Race Pro design. By reducing the width adding some more roll in the bottom they lowered the deck slightly and kept the rail line high creating a well to give back the stability and keep it dry around the feet. This board takes its inspiration from Outrigger canoes and Travis’ goal with the board was to have a board that he could race in the ocean and flat water as well. Given that with a 2 week gap he won a downwind ocean race, took the same board to the other side of the world and finished on the podium on a fresh water lake his design is already proven. 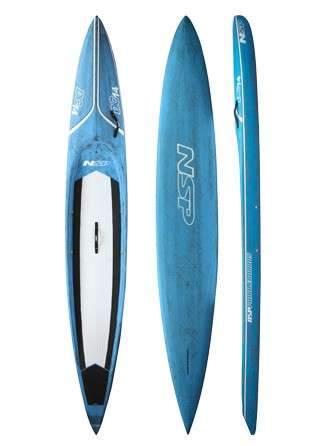